I was recently approached by children's book author, Claressa Swensen, and asked if I would be interested in reviewing a few of her books for my blog. Of course, I said yes! Little Boy and I are always looking for new books to read! Most of the time, I like to get physical copies for him but lately, he is having so much fun turning the "pages" on the Galaxy tablet that I am just as willing to review Kindle books. And that's what we have here!

I am also going to try something a bit different. If I have multiple books that I want to showcase from an author, I'm going to do these mash-up reviews. You'll still get my opinions on each book (as well as what Little Boy seemed to think of them), but it will be in one post. So let's give it a try!

Even though he's just over two, I am getting excited for Little Boy to start reading. What can I say, with a writer/book nerd for a mama, he will have plenty of books to choose from. This week, we read (well, Mommy read and Little Boy listened . . . semi-patiently) the first two books in the Mophie & Picholas series by father-son duo, Joseph and Anthony Pandolfi. 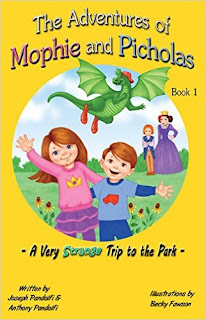 My Scribbles: In the first book, Mophie and Picholas go to the park, only to find that Evil Queen Blunderpuss's nephew, Bratty, has turned the park to ice. So, with the help of their dragon friend, Sylvester, they save the day and take back the park. It was a cute read. The only problem I had with it was that it almost seemed like this should have been book 2 instead of book 1. Still, both Little Boy and I enjoyed this one and look forward to more in the series beyond book 2. 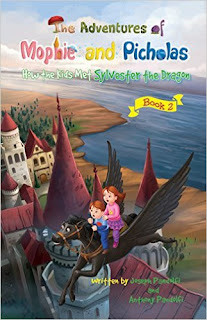 My Scribbles: I think both Little Boy and I enjoyed this one more than the first one. I mean, flying horses and dragons? Definitely our kind of book! As with the first book, I loved the illustrations. Having a two-year-old, it's funny listening to how three-year-old Picholas talks. And, for a beginning reader, the chapters are a perfect length. It was fun to immerse ourselves in the world of Mophie & Picholas again, where evil queens and flying horses are normal! Such a great early chapter book! 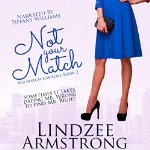 How Many Stars? 5, wait can I go higher?
Synopsis: Sometimes it takes dating Mr. Wrong to find Mr. Right.

Andi doesn't believe in matchmaking. But when her best friend buys her a subscription to Toujour, a professional matchmaking service, she agrees to give it a try. She's matched with a celebrity client, but he can't make her heart flutter or her limbs turn to mush the way Ben, her best friend's brother, can with a simple smile.

When Ben's fiancee calls off their wedding - for the third time - he flees to Los Angeles, desperate for a new beginning. He moves in across the hall from Andi, his high school ballroom dance partner and his sister's best friend. Despite nursing a broken heart, his long-forgotten crush flares to life. He's just beginning to believe he can move past his breakup, and maybe even ask Andi out, when his ex-fiancee shows up on Christmas Day, determined to win him back.

Dating the wrong people has convinced both Ben and Andi that what they really want is each other. All that's standing in their way is a fake boyfriend, a jealous ex-fiancee, and being afraid to risk their hearts.

My Scribbles: This is the third book I have read in this series (counting the prequel, Meet Your Match) and I absolutely loved it, even though I was a little bummed in the beginning because I crashed off my Luke and Brooke high. But once I got into Andi's story, I enjoyed every minute. And it amazed me how, in the parts that overlapped Miss Match, I was still affected so much when certain things happened (sorry, can't tell you, spoilers!). It takes real talent to still make someone gasp when they have already read the scene, just from another person's point of view.

As for the audio part of it, I enjoyed how the narrator was able to change her voice just enough so that you could tell someone different was speaking. I liked being able to hear the emphasis she put on certain words or phrases, giving you more of an insight into what the characters were really thinking when they spoke. It made me feel as though I was right there with them, instead of just listening to her read the book.

Great job to both Lindzee and Tiffany! You made a great team!

You can find Not Your Match on Audible, Amazon, Barnes & Noble. Thanks again, Lindzee, for joining us this week as Feature and for taking the time to do an interview with me!
Scribbled by Megan at 11:36:00 AM 1 comment:

Email ThisBlogThis!Share to TwitterShare to FacebookShare to Pinterest
Scribbles: audiobooks, read it/hear it

Book Review #7 "A Change of Plans" by Donna K. Weaver 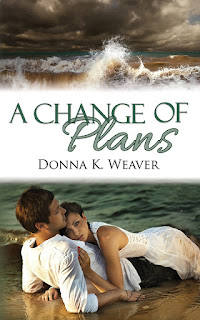 A Change of Plans
(Safe Harbors #1)
by Donna K. Weaver

How Many Stars? 5 stars
Synopsis: When Lyn sets off on her supposedly uncomplicated and unromantic cruise, she never dreams it will include pirates. All the 25-year-old Colorado high school teacher wants is to forget that her dead fiance was a cheating scumbag. What she plans is a vacation diversion; what fate provides is Braedon, an intriguing surgeon. She finds herself drawn to him: his gentle humor, his love of music, and even his willingness to let her take him down during morning karate practices. Against the backdrop of the ship's make-believe world and its temporary friendship, her emotions come alive.

However, fear is an emotion, too. Unaware of the sensitive waters he navigates, Braedon moves to take their relationship beyond friendship - on the very anniversary Lyn came on the cruise to forget. But Lyn's painful memories are too powerful, and she runs off in a panic.

Things are bad enough when the pair finds themselves on one of the cruise's snorkeling excursions in American Samoa. However, paradise turns to piracy when their party is kidnapped. Lyn's fear of a fairytale turns grim. Now she must fight alongside the man she rejected, first for their freedom and then against storms, sharks, and shipwreck.

My Scribbles: I could not put this book down! As a big romance fan, this one was a winner for me. I loved the relationship between Lyn and Braedon, even as rocky as it was. In the beginning, I wasn't a fan of Jori but he definitely started to grow on me as I kept reading. Loved the action of the pirates and I really did feel like I was on the cruise ship with them.

I highly recommend this book to anyone looking for a great adventure book with a well-written romance in it and characters you can actually find yourself identifying with. I found myself emotionally invested in the characters to the point that I really cared what happened to them.

I will definitely be reading this one again, probably before reading the second in the series, and if you want to pick up a copy for yourself, Amazon and Barnes and Noble are the places to go!
Scribbled by Megan at 12:00:00 AM 1 comment: 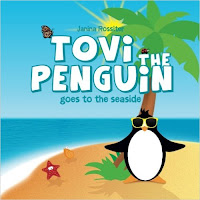 How Many Stars? 5
Format Read: Kindle

Synopsis: It's the holiday season. Tovi and his friends are at the seaside. They're enjoying a great day on the beach but then all of a sudden they find themselves surrounded by water. Can they find a way back to shore? Let's find out . . .

My Scribbles: Little Boy and I read this one together and, although I think he would have liked it a lot more if it had been a physical book, he did enjoy the colors and the penguins. I thought the illustrations were adorable! Tovi and his friends are on the beach and they take a nap (we had to make snoring sounds, of course) and when they wake up, they're surrounded by water! But they're penguins? So they can swim. But everything would get wet. So instead, while they're waiting for the tide to go back out, they go exploring and there are fish and there's even a sign that says the tide comes in. It was just adorable!

You can find this book on Amazon in Kindle or paperback. There is also an entire series that I plan to purchase because these books are too fun not to read. I'm really excited to see what happens when Tovi goes into space! Happy reading!
Scribbled by Megan at 2:30:00 AM 1 comment: 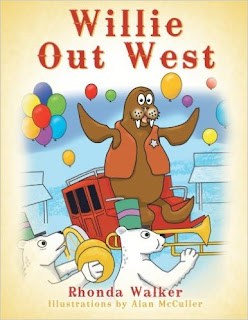 Willie Out West
by Rhonda Walker

How Many Stars? 4
Format Read: Kindle - free for review

Synopsis: Young Willie Walrus leaves his ice home to travel on an adventure to Big West, where the town's citizens desperately need help. Arriving to cheers, he quickly runs into Old Walter, the One-Eyed Whale. Colorful illustrations and action take readers to an old West town where citizens expect Willie to save them. Can he?

My Scribbles: I read this book to Little Boy and he sat through most of it. Reading the kindle version, I wished that the pictures had been bigger. They were too small to really catch his attention. And I think a lot of the words went over his head. It was a cute story about a walrus going off to save the day because he's bored at home while everyone else seems to be having adventures. I think, when he's a bit older, we will probably try reading this one again. For now, it's a bit out of our age group but still a cute story for kids!

I received my copy free for review from Book Look Bloggers but you can get yours on Barnes and Noble. Enjoy!
Scribbled by Megan at 2:02:00 PM 1 comment: 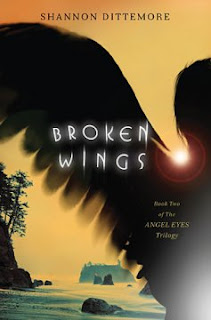 This is a sequel so there may be spoilers in the synopsis or my review. Continue at your own risk...

How Many Stars? 5 stars
Synopsis: Giant angels with metal wings and visible song. A blind demon restored from the pit of darkness. And a girl who has never felt more broken.

Brielle sees the world as it really is: a place where the Celestial exists side by side with human reality. But in the aftermath of a supernatural showdown, her life begins to crumble.

Here is a tentative posting schedule. If it doesn't work, I will change it :)
Monday - It's Monday! What Are You Reading?
Wednesday - Book Reviews
Thursday - Kids Book Reviews
Friday - Feature/Follow
Saturday - Stacking the Shelves
And don't forget about the Author Features and upcoming Camp NaNoWriMo posts (July) over on my writing blog! And of course, there will be cover reveals and blog tours too!